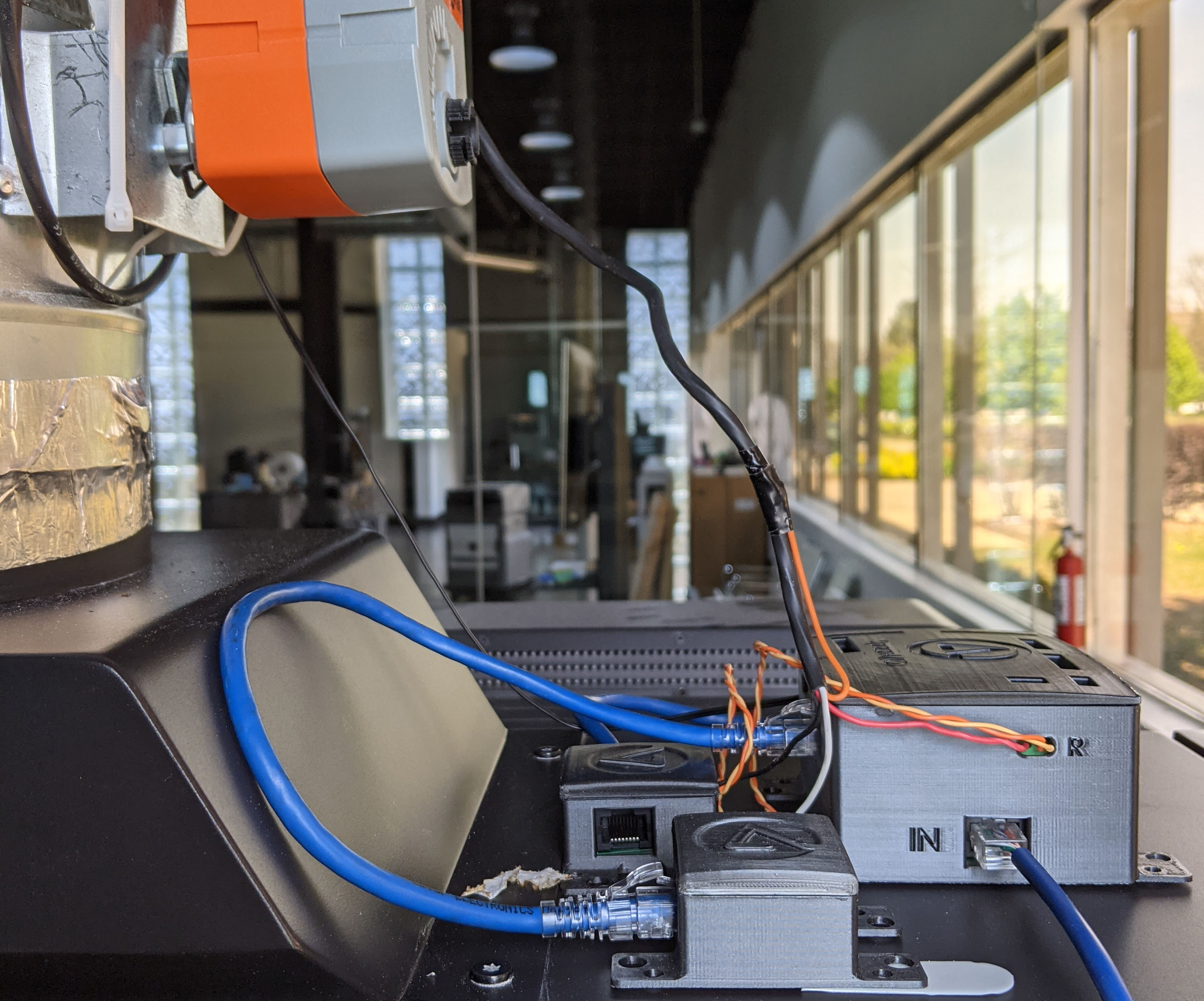 Cherishome was founded in 1981 when its founder purchased an apartment building in North York, Ontario. Now, Cherishome is a major developer, owning properties across the GTA and the United States. They own over a dozen rental buildings in Canada, as well as nine communities and 2100 suites in the United States. One of Cherishome’s tenants, “Design Fusion 3D Printing Lab” is an additive manufacturing facility. They were experiencing problems with the air extraction system for their printers.

The goal was to help improve the uptime of their Jet Fusion 3D printers. A major part of the problem was controlling the pressure at the outlet of the printer’s exhaust. The pressure must be maintained at very specific levels for the printer to operate correctly. They also wanted the ability to connect a central exhaust system to multiple printers. In order to improve the efficiency of this system, they wanted to be able to monitor and automate fan speeds so that fan power consumption is minimized. Air quality is another important factor that contributes to how efficient an air extraction system will be, so they also wanted to be able to monitor the air quality in their space. They wanted to ensure that these controls could also be automated so that energy output of the HVAC system could be increased or decreased depending on the ventilation demand. This would take some of the workload off of the HVAC system itself. Argentum’s system enables the client to control the automations related to these systems on one cloud-based, user-friendly dashboard, which was another request from Design Fusion.

Here is the short summary of the benefits they wanted from Argentum’s solution:

Based on the client’s request, our team determined that SpacrGrid, SpacrSense, and the SpacrApp would be the ideal solution to monitor and automate Design Fusions’s HVAC system and improve the uptime of their printers.

The SpacrGrid system that we implemented provided multiple benefits:

As for the sensors that we used, we deployed both the SpacrSense-IEQ (Indoor Environmental Air Quality) sensor and the SpacrSense-Pressure sensor. The IEQ sensor enables the client to monitor air quality, temperature, humidity in the room, and more. The data collected from the IEQ sensor can then be used to verify leaks in the exhaust system, by monitoring VOC (volatile organic compounds) content around the printer. As for the pressure sensor, it allows the client to monitor the pressure and air temperature inside of the air extraction system, and at the 3D printer outlets. Finally, SpacrApp allows for all of the collected data to be visualized and tracked over time. Within the SpacrApp dashboard the client could also control and automate all of the devices powered by the SpacrGrid, giving them much more control over their HVAC system’s power consumption and efficiency.

All in all, we implemented demand controlled ventilation, Power over Ethernet (PoE)/DC power distribution, differential pressure and temperature monitoring, digital twin software, and a Wireless RF mesh network for IoT devices through our Argentum Digital Current™ system. By installing these technologies to optimize their HVAC system and 3D printers, Design Fusion saved about 50% in capital expenditure costs. They were able to save so much in CapEx because a standard pressure control system would have required complex integrations and the use of higher cost HVAC equipment with smart features.

Our system essentially took various pieces of low-cost HVAC equipment that are not natively intelligent, and turned them into “smart devices”.

As for operational expenses, the client is now saving roughly 70% in energy due to the connection of the Argentum Digital Current™ system to their HVAC systems and printers.

Much of the energy savings of this system can be attributed to their new ability to precisely control fan speeds (demand controlled ventilation). This is enabled by real-time data collection and controls through our SpacrApp. Without these technologies, the client would not be able to automate their air extraction system based on their specific pressure requirements.

An additional benefit to the client is that they now have historical records of air pressure and temperature at the outlets of the 3D printers, for validating warranty claims and service requests.

Ultimately, since the implementation of our system, they have been able to save energy costs, reduce emissions, improve the uptime of their printers, and optimize the efficiency of their air extraction system. ‍ 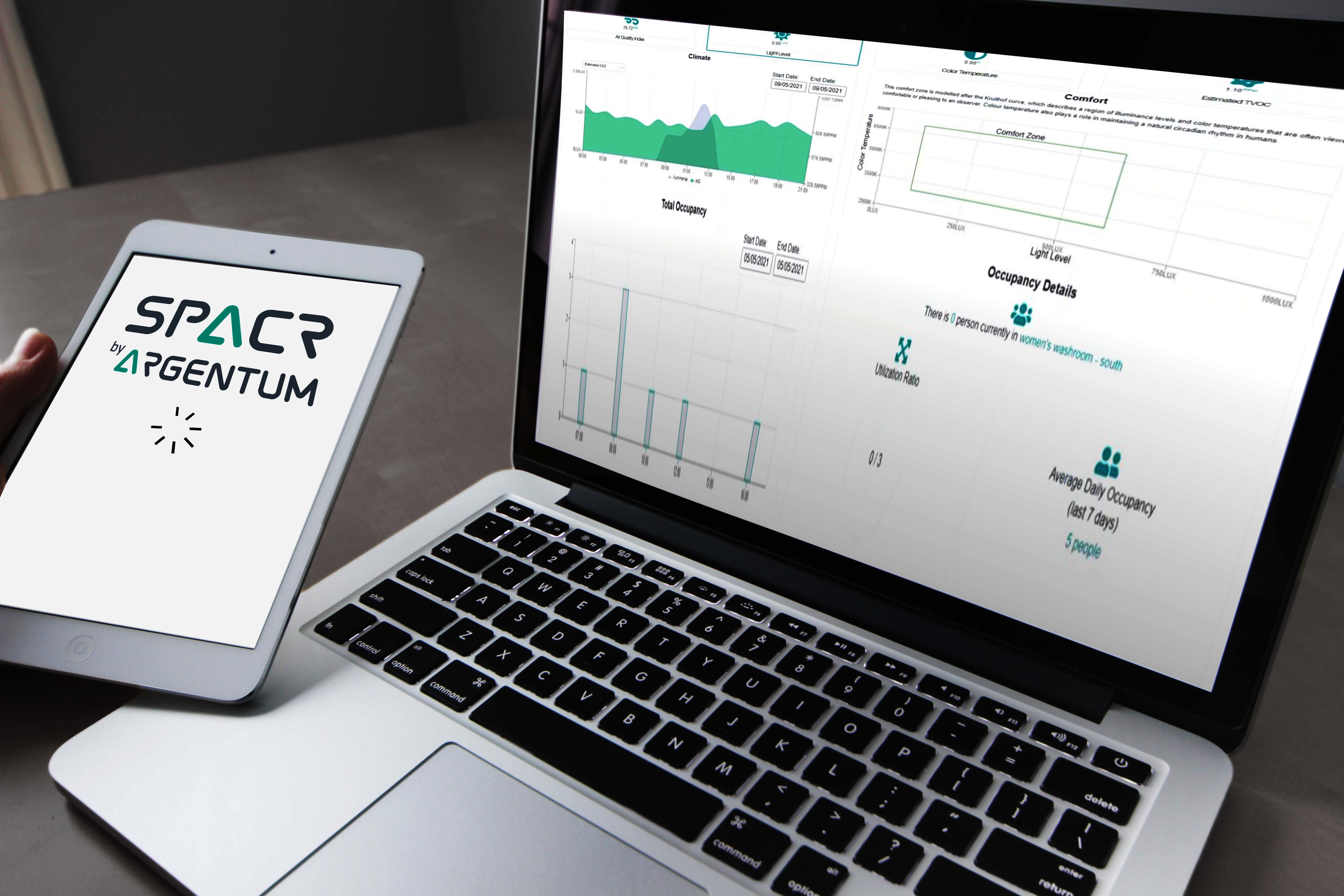 See what Argentum can do for you! Contact us today.

We worked with Design Fusion in July 2021 to improve the uptime of their printers and enable them to automate many of their systems. We saved Design Fusion 50% in CapEx costs, and 70% on operational costs.

We worked with EllisDon’s Prefab and Modular division to provide them with an energy efficient, less expensive electrical system for a modular suite. This solution saved them 50% in CapEx, and 30% in operational costs.